The open source ESP8266 esptool that’s part of the esp-open-sdk is used as a tool to create a firmware image from elf image/binary. It is also used to flash/program an ESP8266 with this firmware image. In addition you can do the opposite, download a firmware image.

Browsing through the esptool.py source code I found an interesting piece of binary blob I just had to take a closer look at.

It is used in the following python function.

I figured, this was a perfect use case of showing how to use radare. Here it is: 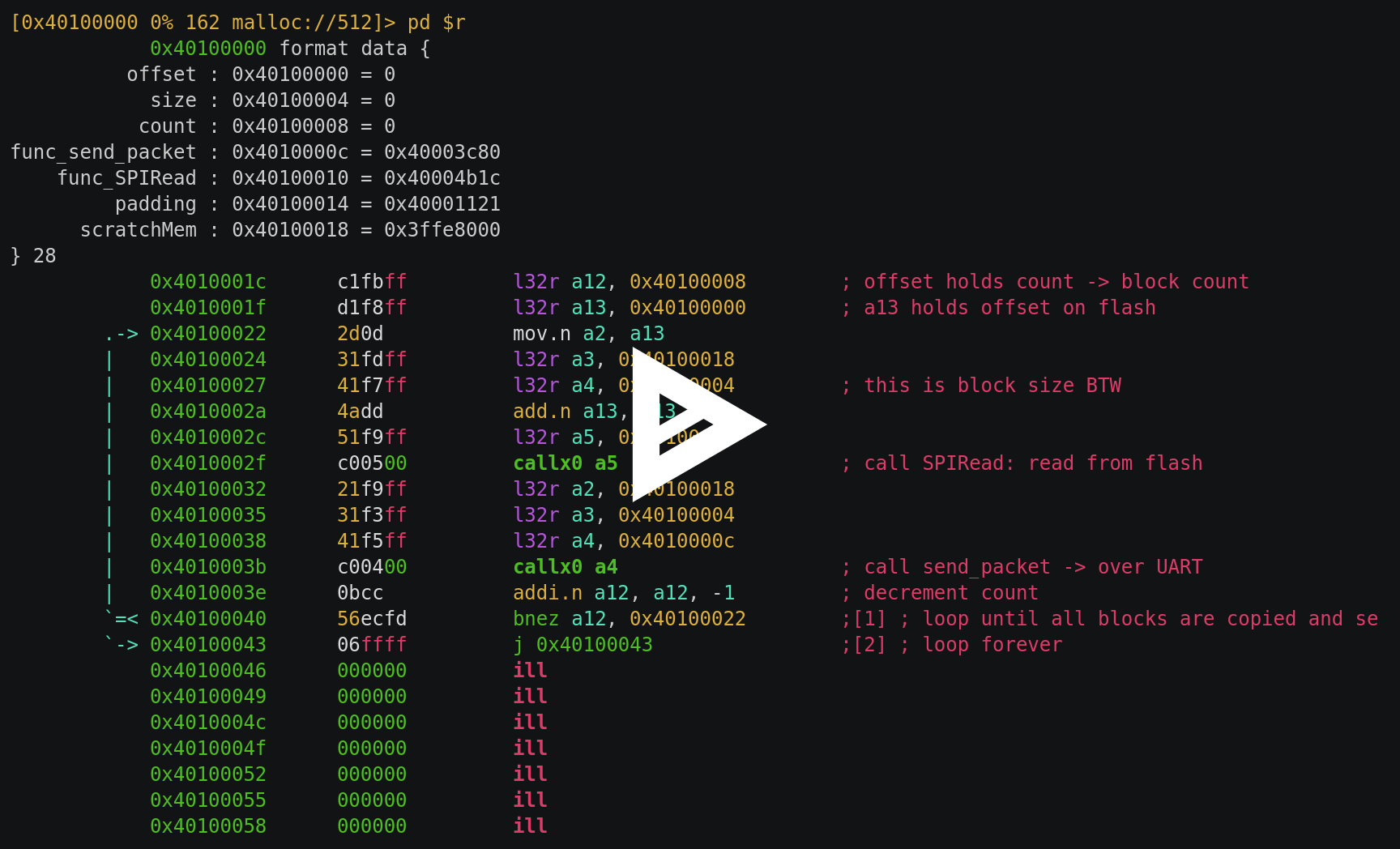 There you have it! esptool uploads the sflash stub and executes it. The stub itself contains a small function which calls two functions in a loop. First SPIRead is called to fetch a block from flash into RAM. Then send_pakcet is called to send this block back over UART. Both SPIRead and send_packet resides in ROM and are so called ROM functionality.