The socket was then used to send video data. So in other words; alot of data and it was designed to use as much bandwidth as possible within a maximum threshold. Since the socket was non-blocking, data got buffered in userspace before delivered to kernel when the socket became writable. The man page describing SO_SNDBUF in man 7 socket states:

Obviously more IO events are generated by the kernel, as calling send() on the socket quickly would return EAGAIN/EWOULDBLOCK. However, I didn’t expect the kernel to divide TCP segments to a maximum of 512 bytes TCP data. After inspecting wireshark and packet timestamps, it would seem like the sender would pause sending for fractions of a second periodically. I could see ACKs coming back very fast, but there would be a pause between the ACK received and the next packet being sent out. I guess that somehow the kernel and the application couldn’t handle the quantity of ping pongs between the kernel and userspace due to the low send buffer at the same time as ACKs generated by the receive side. I haven’t investigated too much, so if you have an explanation, please enlighten me! 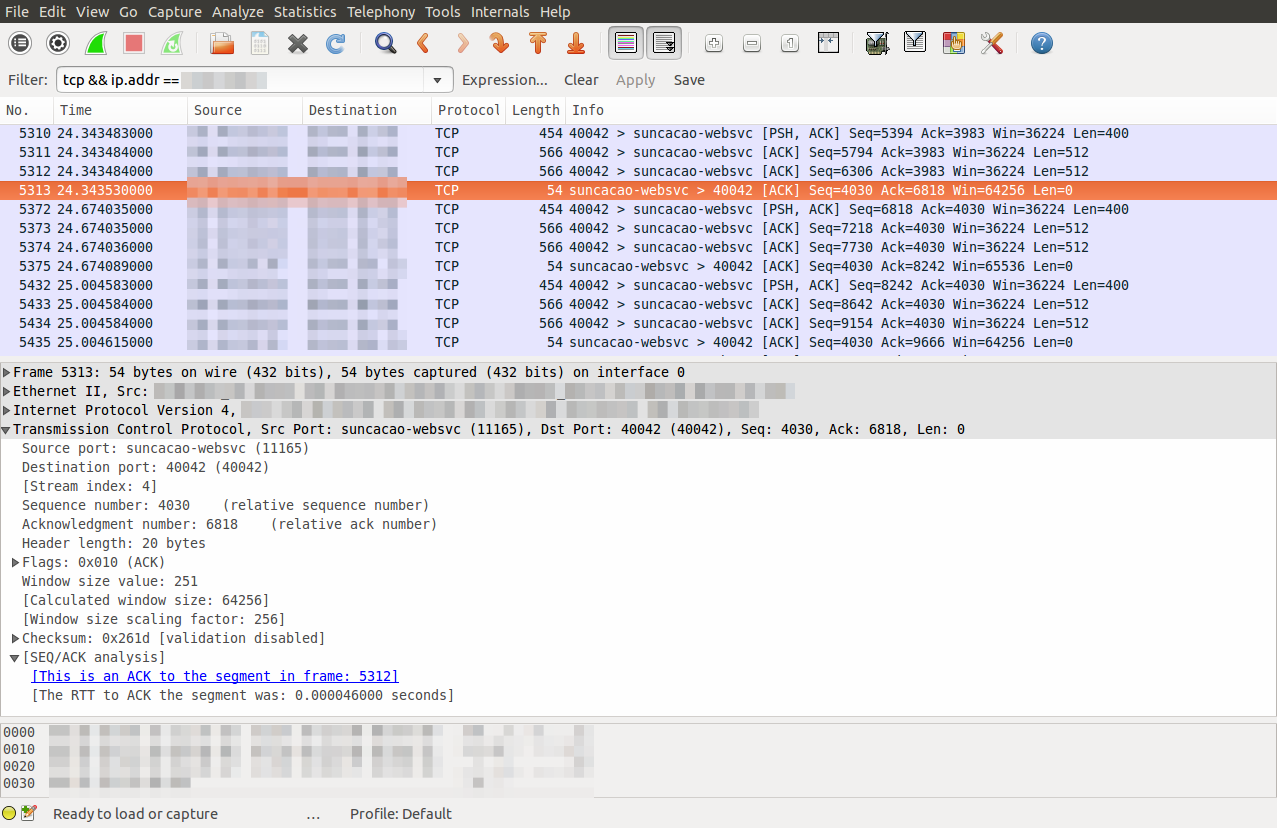 Nevertheless, removing the setting of SO_SNDBUF, and relying on defaults obviously solved the issue. Looking at wireshark now showed a more typical flow of data. Now the connection would ensure flow control as you would expect and TCP segments were closer to what was advertised as MSS and close to the MTU of the network.